Label Makers: Californians Gearing Up to Vote on GMO Regulations 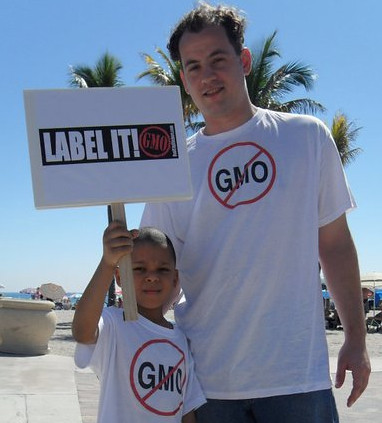 If you live in California, you may have started to hear about a campaign underway that would give Californians the right to know if they're eating genetically modified foods. The Label GMO campaign, started by the Committee for the Right to Know, is the result of a grassroots coalition made up of consumer, health and environmental organizations along with food companies concerned about food safety. If enough signatures are gathered, the initiative will be on the 2012 ballot, and if passed with enough votes, would require mandatory labeling of all foods sold in the state containing GMOs.

The significance hinging on the campaign's success will be a resulting profound and potentially lasting impact on the health of Californians, and could also alter the course of genetically modified foods for the rest of the country as well.

With an overwhelming amount of genetically modified corn, soy and canola dominating our nation's food supply, it may be quite surprising to realize that most people don't even know what a GMO is. For example, as much as 86 percent of the corn grown in the U.S. is genetically modified and designed to produce its own pesticide. Corn, soy and canola are found in most processed fast and junk food items, and according to the California Department of Food and Agriculture, nearly 80 percent of all processed foods now contain GMOs.

Companies manufacturing genetically modified foods have received support from the U.S. government, as a number of Wikileaks documents revealed high-level American government pressure being felt throughout Europe on behalf of companies like Monsanto—the St. Louis, MO-based seed and pesticide company and largest seed manufacturer in the world. Most of the European Union has strict bans or restrictions on GMOs because of lacking science supporting its safety for humans or the environment. Microsoft founder Bill Gates is also a proponent of GMOs. The Bill and Melinda Gates Foundation has put resources and funding behind developing GMO crops as a means to end world hunger and poverty issues despite a growing number of issues including low crop yields, pesticide resistant plants and insects, rising food allergies and other serious health issues.

According to the Label GMOs campaign, while the science is indeed lacking on the safety of genetically engineered foods, moreover, the right to know what we're eating has been usurped by the absence of any government regulations or voluntary transparency from any of the multinational seed companies dominating the landscape of American agriculture.

Fifty countries—including most developed nations—currently require labeling of genetically modified foods, and it's time for the U.S. to make the same requirements, according to the Label GMOs campaign. If California becomes the first state to force genetically modified foods to be labeled, other states may soon follow, giving more Americans the right to make informed decisions about their health.

Even if you're not a California resident yourself, you can support the campaign through alerting your friends and family. You can also sign the petition directed at the FDA, calling on the agency to enact a nationally regulated standard similar to the USDA Organic Seal, which would require labeling on all GMO foods sold throughout the country.